Basque Cheesecake is gaining in popularity. Here’s why.

One of the crazes of the year has to be Basque Cheesecake. Not only does it sound too easy to be true, but it also sounds like an actual accident. Basque Cheesecake, in summary, is a burnt, crust-less Cheesecake. Yes, you read that right: you’re supposed to burn it. On purpose.

The cooking process is simple: you bake on high, for over an hour. In doing so, you essentially scorch the top and sides of the cheesecake, creating a burnt finish. In doing this, you do away with the need for a crust because the texture you get from the burnt edges simulates it.

Originating from San Sabastian, Spain, from a small restaurant called La Vina. Discovered in the 70s, it’s taken a little while to go international. Now though, it seems to be everywhere. And why the hell shouldn’t it be? Because it’s glorious. The edges give you toasty notes similar to that of a Crème Brûlée, contrasting with the creamy interior wonderfully.

There is a strange conflict when creating this masterpiece, in that it really won’t turn out to look like a masterpiece at all. As bakers we tend not to strive to create something that looks bad and while this cheesecake doesn’t quite go that far, it certainly falls somewhere in the lines of ‘messy’ and ‘rustic’ – as in the far wider used definition of the word rustic. You know the one: “It doesn’t look as polished as I wanted it to, so I’ll call it rustic”.​

There are a lot of positives in this cake: it’s suspiciously sximple, it takes very few ingredients and it’s a blank canvas. If you want to rock the boat, you could inject some flavour into the cheesecake itself – such as lemon, but I opted for vanilla, to bring out the creamy flavour further. Serve it with some fresh fruit, or a berry compote. Or, less controversially and just as delicious: have it au natural.

One thought on “About Basque Cheesecake” 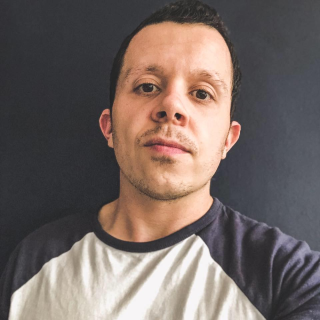 Cal. A 30 year-old UK-er. An amateur but keen baker and cook. A rookie at food photography looking to improve my skills, learn from others and most importantly enjoy all the food.